In connection with the “Beyond the Lab: the DIY Science Revolution” exhibition you can see from June 20th in Budapest, we’d like to introduce you to Tim, the diabetes hacker who became frustrated that research and innovation are not delivering results fast enough, and not catering to his needs.

As a type 1 diabetic, Tim’s body cannot produce insulin. However, he’s part of a global community who are hacking and building their own medical devices and apps.

Doctors and medical charities warn of the risks of do-it-yourself patient solutions, but diabetes hackers such as Tim argue they know what is best for their bodies and say they are frustrated that research and innovation are not delivering results fast enough.

Their mission is to bring down the cost of diabetes care and build tools that improve on what is currently available from healthcare providers.

While working on his own solutions, Tim built on the efforts of a global community of diabetes hackers using the hashtag #WeAreNotWaiting.

For instance, Tim’s artificial pancreas is a DIY system that aims to detect changes in his blood sugar. The readings are then sent via a transmitter to a receiver device.

One of Tim’s most spectacular creations is this very receiver housed inside a Tic Tac box and made using off-the-shelf electronics, allowing him to intercept data from the transmitter and send it to his smartphone.

Then the smartphone app analyses the data from the glucose monitor and recommends how much insulin his body needs. Finally, he uses a pump, worn on his hip, to inject the insulin. 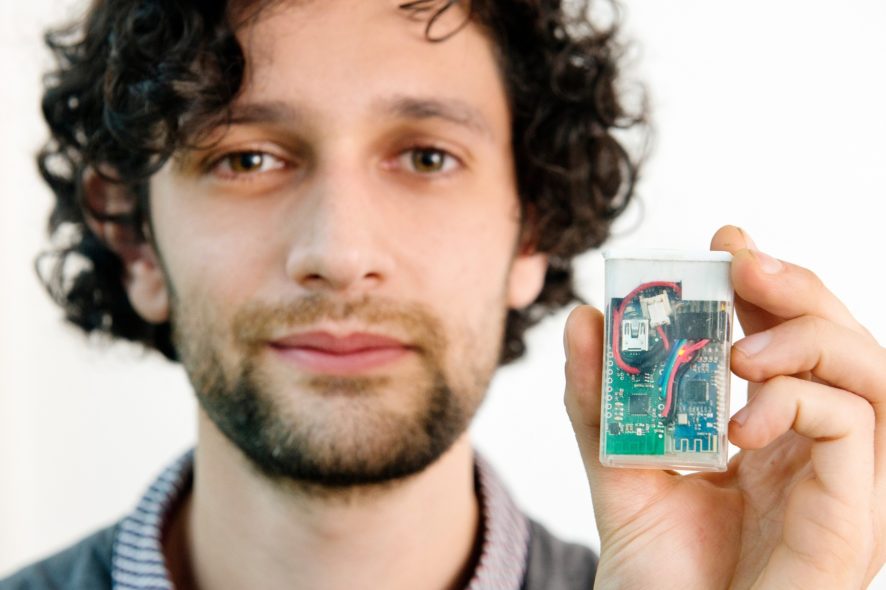 Tim is currently working with other diabetes hackers to link the pump to his smartphone app so it can automatically inject him with insulin.

Come and visit the “Beyond the Lab: the DIY Science Revolution” exhibition at Impact Hub Budapest between June 20th and August 16th to see Tim’s work, and learn more about the innovators and inventors like him.