In connection with the “Beyond the Lab: the DIY Science Revolution” exhibition you can see from June 20th in Budapest, we’d like to introduce you to citizen science, this important but relatively new research approach that is used by many of our exhibitors.

Nowadays, an increasing number of scientists are turning to the general public for help with their research. Easy access to smartphones and social networks means that citizens can work with scientists to collect information on everything from invasive mosquitoes to air pollution.

This is called citizen science, but it can be much more than this. Its goal is to generate new and legitimate knowledge, and to devise new approaches and methods while empowering citizens. 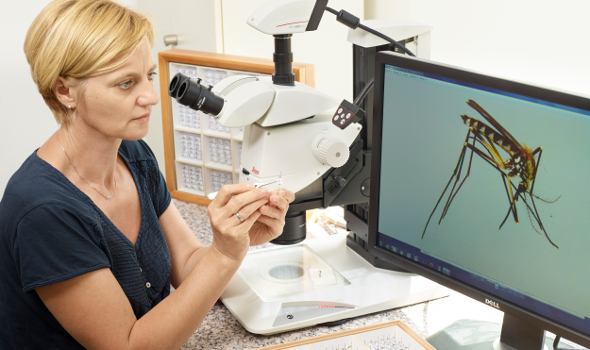 At crowdsourcing, citizens act as simple sensors. Higher up, they become a kind of distributed intelligence, now interpreting data as well. In participatory science, they also assist in defining the problem. And finally, in extreme citizen science, they collaborate in all the steps of research.

There are many advantages to this approach, and both parties can learn a great deal.

But it doesn’t stop here: it may also influence society as a whole by contributing to its transformative learning.

What is transformative learning? It’s a deep, structural shift in awareness that changes how we view our interconnectedness among the natural environment and the human community.

And it really starts from small things, like mosquitoes.

This is the power of the crowd.

Come and visit the “Beyond the Lab: the DIY Science Revolution” exhibition at Impact Hub Budapest between June 20th and August 16th to see the innovators and inventors working in the spirit of citizen science.