In connection with the “Beyond the Lab: the DIY Science Revolution” exhibition you can see from June 20th in Budapest, we’d like to introduce you to Bethan and Philipp who became frustrated that one cannot do serious work without a big laboratory.

When they met at university, Bethan Wolfenden and Philipp Boeing were frustrated that biology was out of reach for anyone without access to a professional lab. 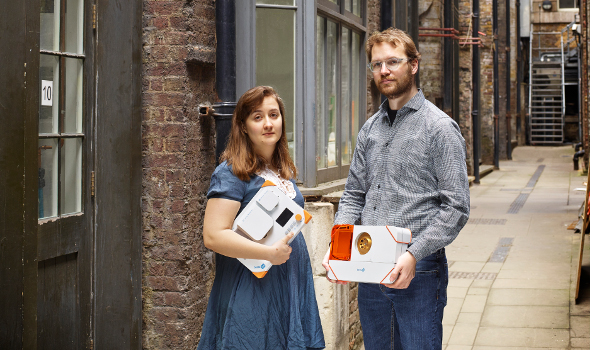 Their big idea was to compress a lab’s worth of scientific instruments into a laptop-sized box. What began as a jumble of equipment inside an old suitcase has become a fully functioning device: Bento Lab.

The Bento Lab is sleekly designed suitcase lab containing three pieces of sophisticated kit that are essential for analyzing DNA. The centrifuge, PCR (polymerase chain reaction) machine and electro-phoresis unit can be used to perform many experiments, from identifying horse meat in a hamburger to testing for specific genes in human DNA.

With the fact that this suitcase is endowed with everything needed to do experiments in molecular biology anywhere, Bethan and Philipp made one of the dreams of hobby biologists and poorer schools come true. 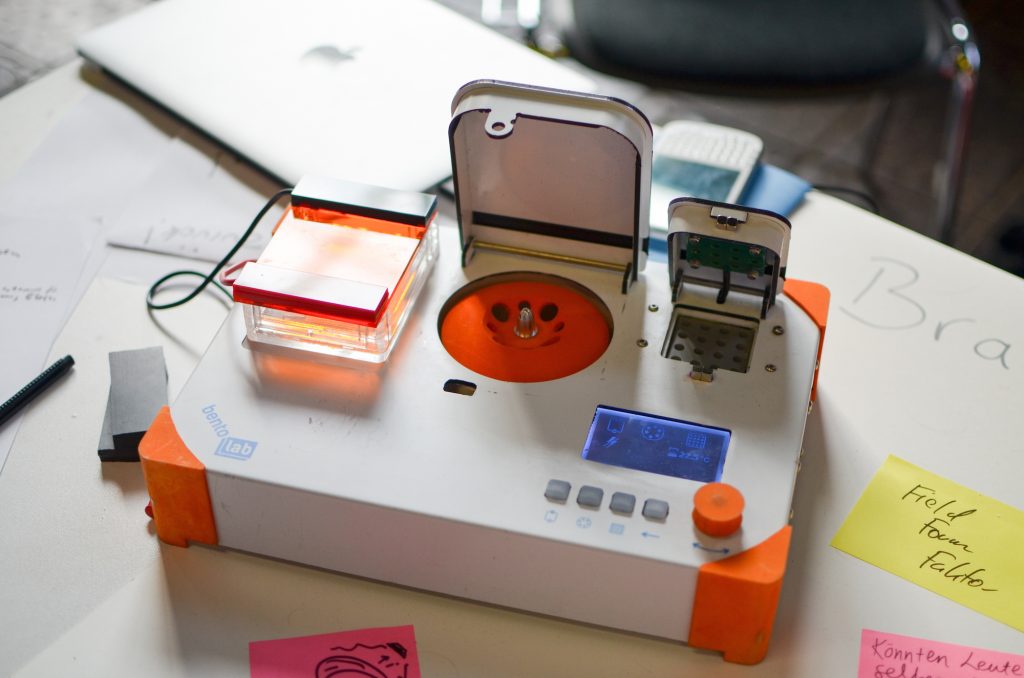 What is more important, that with the compact and affordable Bento Lab, it is for instance now possible to diagnose the dengue virus in the poorly equipped hospitals of the developing world, responsible for 50 to 100 million infections and 22,000 deaths per year. Bento Lab could potentially help in detecting and treating the disease, saving lives as well.

This is how biology becomes ours.

Come and visit the “Beyond the Lab: the DIY Science Revolution” exhibition at Impact Hub Budapest between June 20th and August 16th to see Bento Lab, and to learn more about the innovators and inventors like Bethan and Philipp.

What’s next for Citizen Science?