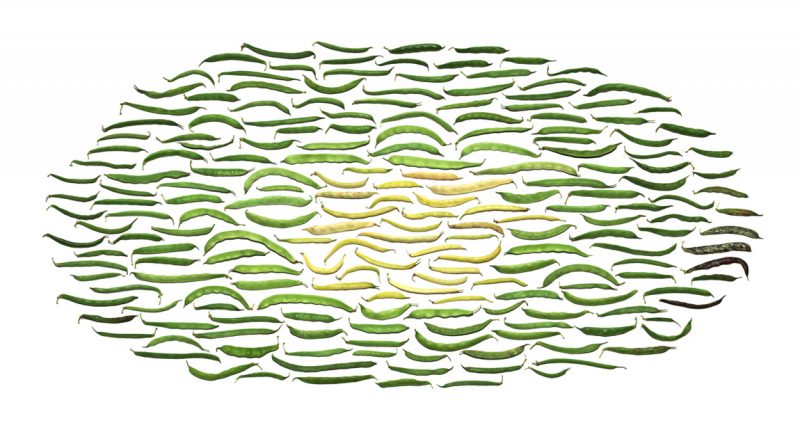 Nutritionists are more and more regarding grain legumes as one of the therapeutic weapons against the obesity epidemic, diabetes, heart disease, and cancer – the leading causes of death in Hungary. Pulses are a healthy source of energy and also good for the environment. The realisation of this ecological-health approach was the central theme in the Mediterranean Legume Innovation Network (LIN) Workshop of the TRUE project.

In the TRUE project, we look for pathways towards sustainable, home-grown legume-based foods and feeds in Europe. In July, we visited the Universidade Católica Portuguesa (UCP) and Eurest for the 2nd Mediterranean Legume Innovation Networking event (M-LIN) and the 3rd General Assembly of TRUE Project partners. The focus of the event was the ecological-health approach – how to enable consumers’ transition to legume-based diets. 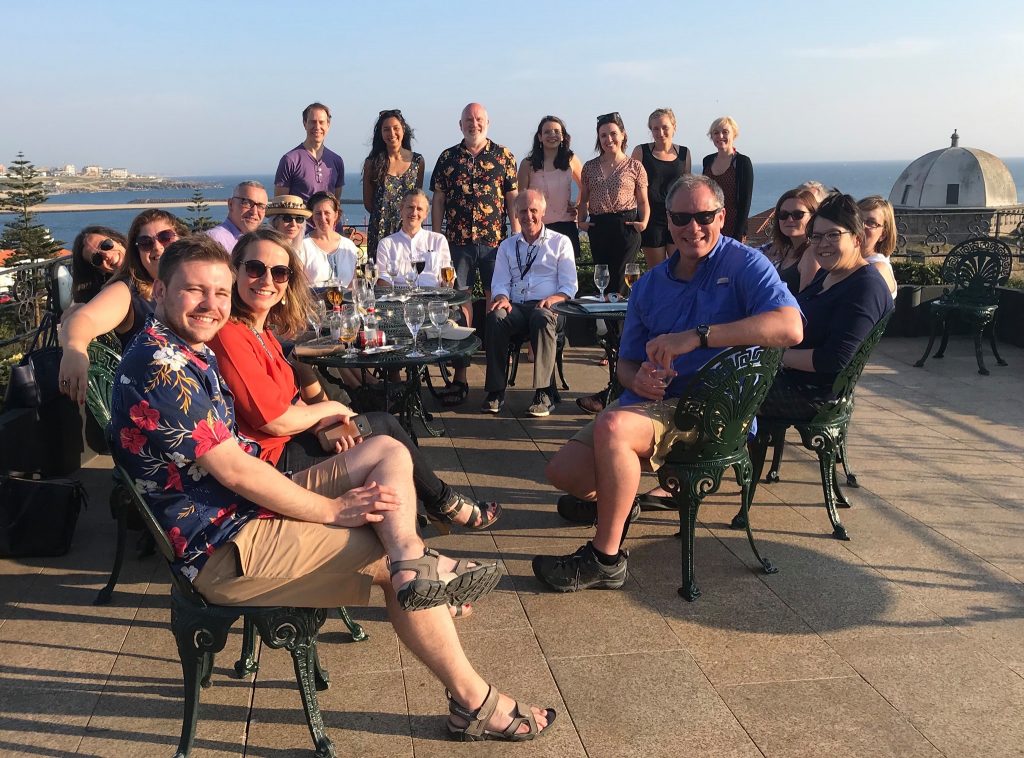 The first part of the Mediterranean Legume Innovation Network (LIN) Workshop at the Universidade Católica Portuguesa – Foz Campus started with a session on Policy and health facilitated by Ana Gomes and Bálint Balázs. Rui Lima from the National Education Directorate in Portugal shared the results on how school meal guidelines can promote inclusion of legumes.

In public schools in Portugal, one main course and one soup per week are with legumes. In dietary guidelines, the primary strategy is to blend in the legumes in dishes and provide alternatives/substitutes for milk and meat products at least as an option. Portuguese consumption of pulses is low, despite the ecological-health benefits and the abundance of cultural and gastronomic traditions.

Still, as Pedro Graça, the Dean of Faculty of Nutritional Sciences, University of Porto reminded us the awakening is part of a more significant dietary transition. He spoke about the implementation, main intervention areas and initial results of the Inter-Ministry Strategy for Healthy Eating (EIPAS) in Portugal. The planning process interestingly used an approach linking citizen empowerment through public consultations during the one-year-long development. Next, Célia Craveiro, the president of the Portuguese Association of Nutrition, discussed further the possibilities of promotion legume consumption. She pointed out the success factors of their awareness campaign during the International Year of Pulses 2016. Albert Vandenberg, from the University of Saskatchewan, Canada, talked about his experiences in legume breeding and genetic improvement for better nutrition and climate change mitigation.

As plant-based protein is becoming an increasingly important component of processed foods, the primary trend in genetic research will be the diversity, bioactivity, quantity and processing qualities of vitamins, antioxidants, specific proteins, and bioactive peptides, and in some cases the reduction and elimination of antinutritional factors.

The actual health impacts of pulse-based diets were extensively researched by Helena Ferreira, Universidade Católica Portuguesa, in the IMPULSE (IMpact of a PULSE-based partial replacement diet on metabolome and health) project. She recorded promising results from a metabolomic, nutritional and gut microbiota analysis of an 8-week intervention, where a vegetarian pulse-based meal replaces an omnivorous lunch.

Greetings from Porto: The TRUE cosortium came together in the 3rd annual meeting at @catolicaporto to share and discuss the results achieved so far towards transition paths for more legumes in Europes agrifoodsystems. @EU_H2020 https://t.co/TigsC8NAxt pic.twitter.com/TfMMtEDHSw

Elisete Varandas and Georgia Ntatsi facilitated the next session on Legume Marketing and Sustainability. New market trends in legume grains have been summarised by Carla Teixeira, from PortugalFoods, a private non-profit association bringing together more than 170 agri-food companies and universities. A wide variety of her international examples illustrated the incredible increase in the last couple of years of products containing grain legumes as meat substitutes. Beans also have a superimportant role in urban gardening, as Paulo Nova, Universidade Católica Portuguesa pointed out from his study with 115 urban gardeners in Porto. Significant behavioural changes and positive outcomes emerged already in half a year, in physical activity, smoking and eating habits, health status and overall quality of life. Claudia Nathansohn, from Slow Food Germany, gave an overview of initiatives how Slow Food promotes sustainable diets through taste education. The most inspiring programs introduce students to soil science and food production and food chains.

The breakout sessions came up with several tangible results. In terms of marketing, the main barrier is still the lack of knowledge about the health benefits of legumes in contrast to the concerns from consumers about digestive problems. Consumers also feel uneasy about preparing legume dishes, while the image of legumes also seems outdated, often associated with poor and old-fashioned food. Recipe combos could help that blend in the legumes into the meat dishes as a quality component.  Forging marketing pathways towards home-grown legume-based food requires product quality labels built on the multiple benefits of legumes and also better media to sell green farming. From a policy perspective support for lowering the cost of sales, through reduced VAT and tax exemptions is a necessary prerequisite. Much more integrated food policy approach that goes beyond support for legume production would be desirable to combat the lack of proper food culture through a range of education and health policy initiatives.

The ecological-health approach of the Porto M-LIN becomes vital to realise the best thing about legumes: that with the power of pulse, you can feel fabulously good about yourself in spirit and mind and body.

The 2nd Mediterranean #LIN is almost wrapped up here in Porto and I can confidently say that it was a major success ? @BiotecCatolica @TrueLegumes pic.twitter.com/o4taBmO18q