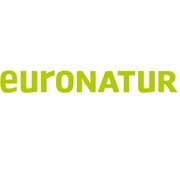 Our senior scientist, Eszter Kelemen with two fellow researchers will receive the EuroNatur Award 2021 which goes this year to all scientists at IPBES (Intergovernmental Science-Policy Platform on Biodiversity and Ecosystem Services). Eszter has been engaged in the work for IPBES since 2014. The core task of the IPBES – a United Nations intergovernmental body, which operates at the interface between science and policy – is to produce reports on the current state of biodiversity as well as on the benefits that ecosystems provide for people.

“The work of the IPBES enables policy makers to better understand complex mechanisms as well as possible alternative courses of action and, on this basis, to more effectively address the ongoing loss of biodiversity and the destruction of habitats,” said EuroNatur President Thomas Potthast, explaining the selection for this year’s EuroNatur Award. „At the same time, the award-winning scientists are showing their personal commitment to civil society by visibly advocating for the conservation of nature and for sustainable development – concerns that the EuroNatur Foundation is also fighting for through its campaigns and projects,” Thomas Potthast added.

The EuroNatur Award for Environmental Excellence is a prize that honours an outstanding commitment in the field of nature conservation, the preservation of our environment, environmental education and the support of sustainable development. It has been presented since 1992 to personalities who have committed themselves in an exemplary manner to the preservation of natural resources over a long period of time.

We are very proud that our colleague is asked to receive the award for IPBES! Eszter will receive it with Yunne-Jai Shin and Josef Settele on 14 October 2021.

You find more details about the award here.