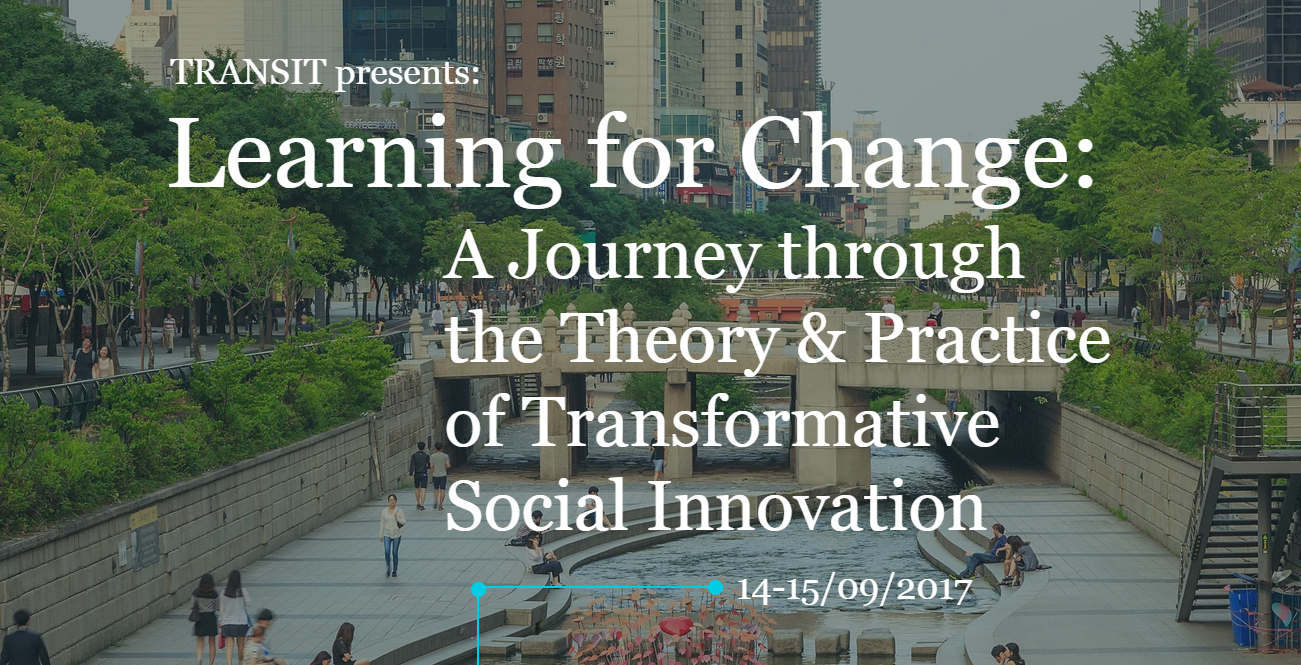 Social innovation is seen more and more as an effective way of dealing with challenges in our society and thus, it found its way into policy discourses across the EU. In the aftermath of the recent economic recession and the wider reconfigurations of the welfare state, the attention for social innovation has increased as a way to empower people and drive societal change. However, the optimistic assumptions about social innovation merit scrutiny, as they seem to underestimate the complexity of these challenges.

This conference shines a light on the emerging initiatives and networks in transformative social innovation: communities, citizens, pioneers, social entrepreneurs and policy-makers across the world, who are making change on the ground. These initiatives are currently largely below the radar of policy and media at the national and global level but offer a very inspiring and powerful alternative to the present situation.

Twenty transnational networks working on social innovation will be represented at the event. This includes, amongst others, the Basic Income Earth Network that is committed to a worldwide basic income. Also present are pioneers in the field of participatory budgeting, which started in Porto Alegre, Brazil, and is now spreading worldwide, and Slow Food, a grassroots organization with over 100.000 members that working for a new system of food production and consumption.

These and other networks work with a diversity of topics, including sharing economy,  living labs, co-housing and co-working, solidarity economy, local transition communities and new ways of financing, designing, energy engineering and agriculture. Not only do they experiment with new ways of doing and thinking at the local scale: these networks and initiatives, in many ways and in many places, are also collaborating on a global scale and contributing towards transformative change in society.

The event will provide a platform for connection and knowledge in support of these transformative efforts towards more just, resilient and sustainable societies, as well as invite critical reflection and debate on actual impacts and unintended consequences.

TRANSIT (TRANsformative Social Innovation Theory) is an ambitious research project that has developed a theory and a database of transformative social innovation. It is co-funded by the European Commission and runs for four years, from January 2014 until December 2017. TRANSIT utilizes a research method that encourages feedback from social entrepreneurs and innovators, policy makers and academics to develop a theory with practical relevance.