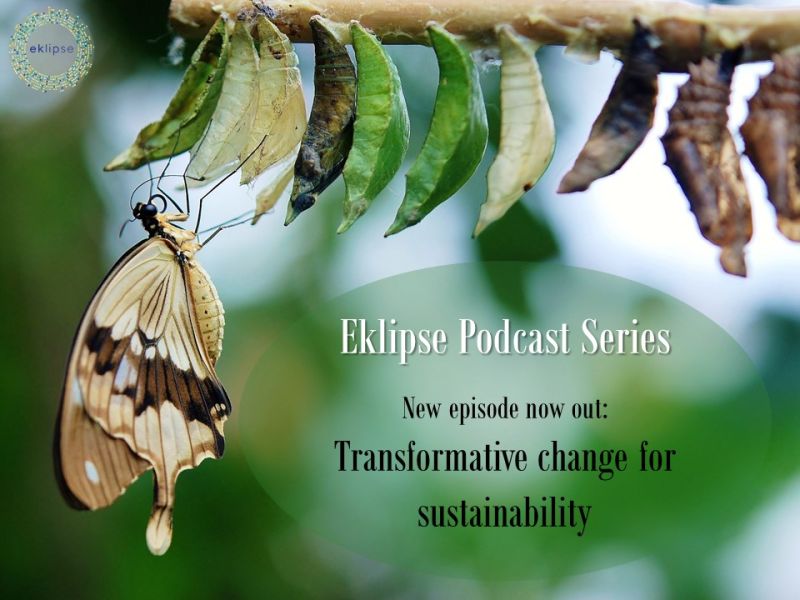 The episodes are about the decline of pollinator populations,  transformative change for sustainability, nature-based solutions in cities, ecological restoration, the Common Agricultural Policy of the EU, and about Eklipse Mechanism itself.

Funded by the European Union science-policy-society mechanism Eklipse commissioned us to produce a 6-epsiode podcast series based on their reports related to biodiversity and ecosystem services. Each episode was created for a general public audience without any scientific background but with the interest in environmental issues. So with the podcasts we help to disseminate the prestigious knowledge collected in the Eklipse reports.
Eklipse was created in 2016 to help governments, public institutions, CSOs and NGOs make better-informed decisions when it comes to biodiversity in Europe. Over 150 scientists and other knowledge holders have joined the Expert Working Groups of Eklipse that produce reports and other outputs for decision makers working at national, European and global scales. It was a privilege to have them as guests of our podcasts.

Check out the podcast series on the most known platforms, including Spotify and Apple Podcast or on eklipse.eu and learn more about Eklipse.