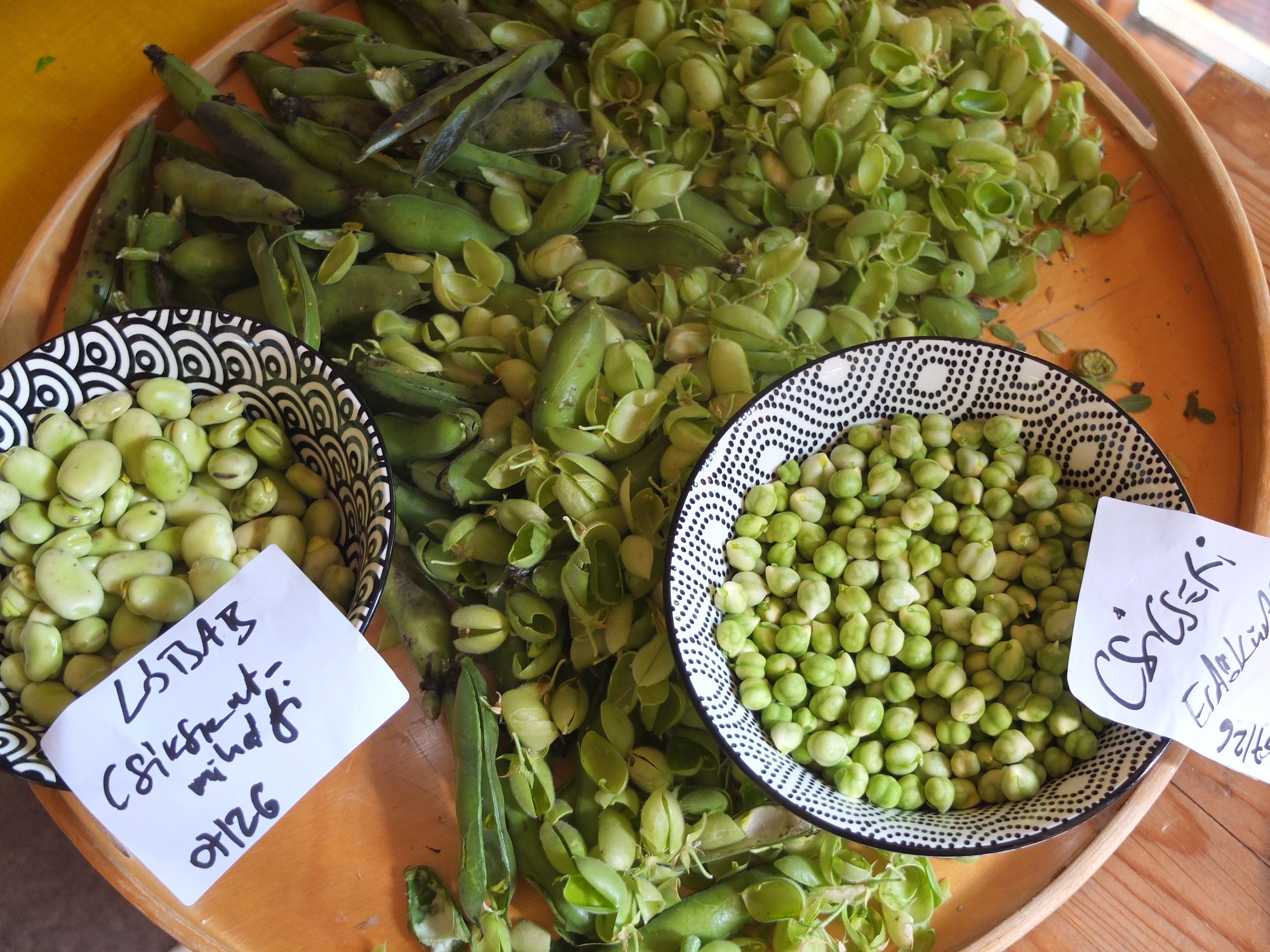 To become more sustainable, Europe must diversify its agri-food systems. According to the TRUE project (Transition paths to sustainable legume-based systems in Europe), this starts with promoting the cultivation and consumption of home-grown legumes.

Food systems have a substantial carbon footprint, accounting for one third of greenhouse gas emissions globally. As such, there is an urgency for the sector to become more sustainable. Tiny legumes could make a big difference. “Most of agriculture’s emissions come from livestock, such as cows and pigs, and the use of synthetic nitrogen-based fertilisers,” says Pietro Iannetta, an agroecologist at the James Hutton Institute. “Legumes, on the other hand, are a sustainable source of nutrition, for both food and feed, that can also be used as a natural nitrogen fertiliser.” Unfortunately, even though there is a high demand for legumes in Europe, the vast majority are imported, mainly as soybeans and for animal feed. They also often originate from clear-cut rainforest regions. “To protect its nutritional security and environmental well-being, and to promote the shift towards healthier diets, Europe needs to diversify its agri-food systems by promoting home-grown legumes,” explains Iannetta. Achieving this requires increased cooperation among the many actors in the agri-food sector – cooperation that is being partially driven by the EU-funded TRUE project.

Towards a more sustainable system

At the heart of the project is a desire to make more sustainable, home-grown legume-based agri-food systems a reality. “The know-how, desire and demand for such systems exists,” remarks Iannetta, who coordinates the project. “TRUE helps connect and empower the relevant stakeholders and, through innovation and cooperation, identify and realise the best paths towards creating these sustainable systems.” The project has made significant headway. It has identified the key barriers and opportunities and developed useful tools for all actors of the value chain.

As a partner of TRUE project, ESSRG published the following policy briefs with proposed policy options and recommendations supporting policy makers to promote legume production in Europe, and co-authored several scientific articles analysing the current state-of-the-art of policies and showcasing the importance of legumes as agents of change.

Pulses on the Menu

We conducted an integrated analysis of case studies and current policies that shape the production and consumption of legumes in Europe. We identified three key pathways, which can be integrated into sustainable farming systems to support current and future food security challenges via the use of legumes and legume-based products. At each pathway, we identified several enablers that support the sustainability transformation of legume production and consumption in Europe.

To identify a more resilient policy-mix than the current one, capable of overcoming the barriers which hinder the production and consumption of legumes in the EU, we engaged a broad range of stakeholders and decision-makers using the Delphi-method to facilitate the exchange of opinions on the “legume paradox” (meaning that our legume-dependent agri-food systems relying on imports and simultaneously maintaining deficient production and consumption of legumes).

Despite the well-known health, nutritional, and environmental benefits, legumes are underrepresented in global agri-food systems. Efforts must be made to make legumes more attractive to the farmer, the industry, and ultimately the consumer, and for this proper local, regional, national, and global policy frameworks must be in place. Here, the local scenario of legumes is showcased, and the most relevant push, pull, and enabling capacities required to achieve sustainable diversified agri-food systems with legumes are discussed.

We reviewed the state of the art of legume-based food systems in Hungary by analysing conceptual frameworks and data from exploratory mixed-method research. In a case study research, we analysed the root causes of this state-of-the-art through mapping the understanding of challenges and potentialities of legume value chains in Hungary by critical stakeholders. Our primary research question is what is at play behind and how Hungarian stakeholders make meaning of this paradox.

Legumes play a key role in answering a few global agriculture related environmental challenges and are pivotal actors in the diversification and sustainable intensification of agriculture, particularly in light of new and urgent challenges such as climate change. We co-authored a book chapter, where we showcase the importance of legumes as contemporary agents of change, whose impacts start in the field, but then branch out into competitive global economies, modernized societies, and ultimately, improved food security and human health.

We edited a collection of articles on possible legume-based transitions to sustainable food and feed systems.

We contributed to a lecture on transition paths to legume supported food- and feed-systems in Europe.

Life cycle analysis tools and a decision support system called ‘Pathfinder’ that represents the first value-chain-wide sustainability assessment tool for businesses were also developed in the project. TRUE has launched several innovative products, such as the fully commercialised Nàdar Gin, which uses peas to make ‘climate-positive’ gin and high-protein co-products. The project has also established its own trademark, CoolBeans®. It has even published its own legume recipe books!

The project has played an important role in establishing several continent-wide initiatives. One of them is the Legume Innovation Network (LIN). Done in collaboration with the EU-funded LEGVALUE project, the LIN aims to connect legume-focused businesses and NGOs to support sustainable commercial development within Europe.

Together with LEGVALUE a webinar was organised on the role of policy in the transition of legume production and consumption in Europe. Another webinar can be inspiring about how to reorient the Focus of Policy on Legume-based Food and Feed System where our senior researcher, Bálint Balázs was talking about the policy analysis performed in TRUE project with inspiring conclusions and possible intervention point to improve legume based systems. We took part in other webinars to inform policies for legume-based systems and to discuss how can we change our diets so that they are not only healthier but also sustainable.

The TRUE project is also playing a role in the Crop Diversification Cluster (CDC), which brings together partner organisations from Europe to increase the impact of crop diversification research and encourage the uptake of innovative diversification measures. “These two initiatives ensure that the work we started during the TRUE project will have an ongoing and lasting impact,” notes Iannetta. “My hope is that these initiatives leverage the momentum initiated by TRUE and continue to stimulate the innovation that will come to define sustainable agriculture.” The project is currently promoting its tools, methods and strategies, which could carry over into new legume-focused projects.